eCommerce Brexit changes: selling to and from the UK

Update: The government’s advice is changing constantly following the end of the Brexit transition period and the UK-EU Trade Agreement’s publication. We recommend that you consult with your regulatory advisors as needed regarding the points listed below, as many of them may change following the publication of this article.

The United Kingdom is no longer part of the European Union. The UK, through a referendum in 2016, has voted to leave the EU. With the end to the transition phase in December 2020, a new trade deal with the EU has been reached. However, there is still a lot of legislation to be put in place. 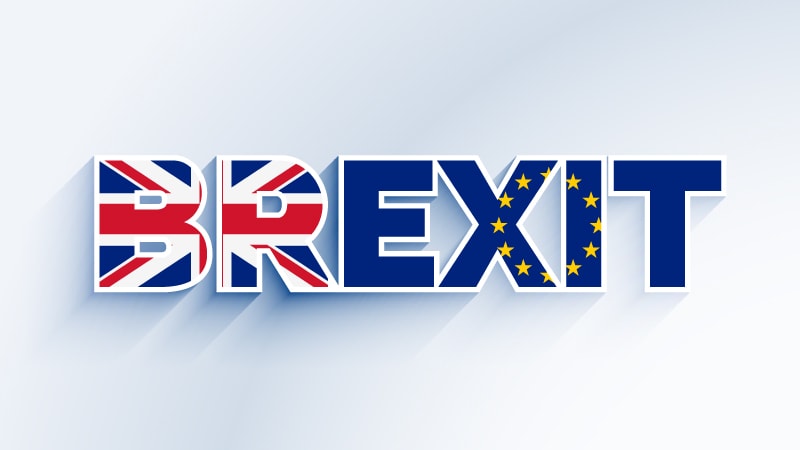 Apart from several abrupt changes, many trade rules remain the same, but they will eventually be amended. Let’s jump into the details and look into the Brexit Changes, particularly the eCommerce Brexit changes.

Looking to expand into Europe?

TSP’s Expert Order Fulfillment Services has the experience that you need.
Call us if you’re looking to grow your business – we can help!

Selling to and From the UK after Brexit

Now, that the transition phase is over, there are certain changes in moving goods between the EU and the UK. Below we’ve listed some details that you need to know before importing or exporting goods to and from the UK. These may come in handy whether you’re selling through your website, selling platform like OnBuy, eBay or Amazon SFP or Amazon FBA.

Economic Operators Registration and Identification number, commonly known as EORI number, is used to identify the businesses engaged in importing and exporting goods to and from the EU. After the Brexit, UK businesses now require an EORI number for both customs declarations and VAT documents.

There are two types of EORI numbers, as of January 1st 2021, that you may need depending on the nature of your dealings. An EU EORI number and a UK EORI number:

You will have to apply for an EORI number in the EU member country if you make declarations in an EU member country. You will need to know the EU EORI number of the European business to which you are exporting the goods. The EU EORi number is combined out of two parts: the country code of the issuing Member State and a unique code or number.

HMRC has already started to issue EORI numbers to UK businesses based on their business history. If you have not received your EORI number till now, you can apply for one yourself.

Worldwide for the purpose classification, numeric codes are used for import and export of goods based on Harmonised System (HS) maintained by the World Customs Organisation (WCO). However, countries have given them different names. In the UK and EU, these codes are known as Commodity codes.

UK has decided to use the same commodity codes that were used prior to the Brexit and are still used by the EU. Commodity codes allow the customs to classify goods to ensure that the correct tariff and quota are applied to goods.

Taxes paid on the import of goods into the country are known as Tariffs. After the Brexit, UK Global Tariff (UKGT) has replaced the previous EU’s Common External Tariff and will apply to the imported goods from all countries where the UK does not have a free trade agreement.

Following the Brexit, the UK and the EU have reached a “Trade and Cooperation Agreement (TCA),” which has mainly two considerations:

In other words, if the goods do not fall in the preferential treatment, it does not mean that they cannot be treaded; however, tariffs will be applicable.

After Brexit, one of the best aids to businesses is that they have been given a cushion for delayed customs declaration of imported goods from the EU member countries. This cushion will last till June 30th 2021, which means that you do not have to immediately make a customs declaration (for most of the products), and also, no immediate customs payment will be required. However, there are some factors that a trader needs to meet to qualify:

Once the six months period comes to an end on June 30th 2021, from July 1st 2021 onwards, you have the choice to either continue using Simplified Customs Procedures or switch to full customs declaration. Due to the deal’s complexity, you may want to consider using the services of a customs agent or a freight forwarder.

Please note this list may change, so for more details, please refer to HMRC website for the most up to date information.

Get in touch to find out how we can help you improve cash flow & save money and time to excel your business development.

Brexit and VAT on Selling to and from the UK

Now, with the Brexit behind us, the EU customs and VAT rules no longer apply to the UK. Traders on both sides will now have to meet custom formalities and procedures to trade with each other. Import VAT will no longer be payable on those goods that are shipped into the UK. Instead, postponed VAT accounting will apply to all goods imported, which means the tax will be accounted for and paid in VAT returns.

Apart from the VAT rules, some terminologies have been amended as well. For example, the UK/EU trade, previously known as Dispatches and Acquisitions, is now referred to as Import and Exports.

VAT on Imports- Buying from the UK

With the Brexit, UK B2C eCommerce reforms include the following:

VAT in terms of Exports- Selling from the UK

With the Brexit as of January 2021, the VAT situation also changes in terms of exporting goods to EU member countries. Exports to EU member countries should apply Zero-added tax, which means it will be treated like exporting to other non-EU countries irrespective of the fact whether you are selling to consumer (B2C) or to a business (B2B). The distance selling regulations will no longer be required to be observed. The Zero-rated UK VAT, however, does not mean that the VAT will be ignored entirely. The same will be reflected in the VAT accounting of the seller, however, with a 0% VAT rate.

Businesses selling from the UK will be required to take into account the VAT rules of the country they are exporting their goods to and might need to register for EU VAT in that country or may have to appoint a fiscal representative depending on the requirement of that country so that the tax and other conditions are timely met.

With the transition period end, new VAT duties and trading regulations had come to force. It is worth considering getting in touch with tax experts as the post Brexit rules continue to change, and businesses can make the most out of it while staying compliant with the new trade and VAT rules.

Get in touch to find out how we can help you improve cash flow & save money and time to excel your business development.

Sell internationally via our Global Network

Benefit from our global fulfilment network for worldwide shipping.

Call for a quote